The mystery of Anja Thauer, the greatest cellist you’ve never heard of 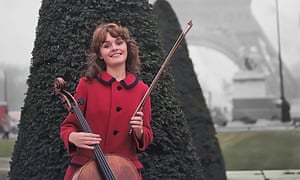 Greatness not released … The Myth and Mystery of Anja Thauer.
Photograph: Only the Best :-))/Tully Potter Collection

Do we hear music differently if there’s tragedy in the life story of its composer or performer? And if we do, are we bestowing that music with a melancholy, or insight, and sometimes even a greatness, that isn’t there?

These are some of the thoughts I had while researching the little-known German cellist Anja Thauer for a BBC Radio 3 documentary, The Myth and Mystery of Anja Thauer. She was a child prodigy who went to the Paris Conservatoire in 1960 aged 15, won the Grand Prix, and immediately started touring internationally. Fame seemed inevitable. Deutsche Grammophon signed her, only to sideline her in favour of the great Russian cellist Mstislav Rostropovich, who came to the label in 1968 and was launched with the same piece that Thauer had just recorded and released – the Dvořák Cello Concerto. It was to be her last album, although she was contracted to release two more, and she continued to tour right up to her suicide in 1973.

She is an ultra-cult figure among record collectors in east Asia, who will pay eye-watering sums for original copies of her three albums

The “myth” in the programme title refers to how Thauer has managed to maintain a small place in music history – as an ultra-cult figure among record collectors in east Asia, who pay eye-watering sums for original copies of her three albums. “A blessed cellist gave the world her gift. It shattered her. She became a myth in Japan.” So reads the inscription on a memorial plaque in the cemetery near Lübeck where Thauer’s urn is buried. It was placed there last year by an amateur musicologist called Hans-Joachim Köthe – a 90-year-old former notary public who has been a member of the International Grand Lodge of Druidism since 1958 and has dedicated his retirement to finding out more about Thauer. 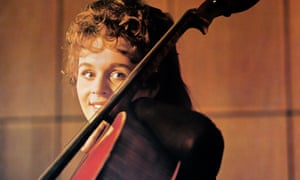 Anja Thauer album cover that sparked an investigation into her life.

The “mystery” refers to why Thauer’s work remains so little-known elsewhere. Köthe has a theory – that her mother Ruth, a violinist who forged a career under the Third Reich, intentionally concealed her daughter’s legacy after her suicide. There’s plenty of anecdotal evidence to support his claim – Thauer’s musical papers, her “nachlass”, are not in the public domain – but no clear reason for Ruth’s actions. She died in 1990. The critic Tully Potter describes her as “strict, domineering, even exploitative” and believes that “this is the absolute classic prodigy story … Anja, an only child, never had a chance to have a normal adolescence. She seems to have been very lonely.” The pianist Claude Françaix, who played with Anja in the 60s, says: “Her mother projected on to her very talented daughter her own ambitions for an illustrious career … In certain respects, Anja remained a child dominated by her mother.”

Thauer’s music is available digitally. In 2015, Deutsche Grammophon reissued its recordings – Anja performing Fantasie by Claude’s father Jean Françaix, Reger’s Third Cello Suite, and the Dvořák Concerto with the Czech Philharmonic, conducted by Zdeněk Mácal. Furthermore, the German label Hastedt Musikedition has done a fantastic job in the last decade of unearthing previously unreleased radio recordings from across her career. And yet, Thauer still doesn’t have a Wikipedia page in English; just a short write-up in German that uses the word liebeskummer – lovesickness – in relation to her death. She’d been having an affair with a married doctor in Wiesbaden, where she lived, and he killed himself, too, five days after her.

There are uncanny parallels between the stories of Thauer and du Pré. They were both born in 1945, studied in Paris at the same time, and their careers ended in the same month

Little is known about their relationship, or who broke it off. Some say it was the doctor, to save his marriage; others that Thauer’s mother insisted it came to an end. It’s another mystery in a complex and torrid tale, and it has resulted in cello fans and researchers turning to her music to try to gauge a sense of who Thauer was. About her Dvořák recording, Potter says: “I think I know virtually every performance of the Dvořák Concerto up to a certain point. She’s way up in the top 10: the orchestra is wonderful, she’s just absolutely inside it. She was a great player.” Others voice different opinions. Julian Lloyd Webber thinks it’s “quite brisk, but very fine playing”. The German cellist Michael Schlechtriem says he loved it as a child yet when he listened to it recently he found it “harsh” and “almost angry”. But he adds that Thauer is still spoken about among cellists: “She is a little bit known as the German Jacqueline du Pré.”

There are uncanny parallels between the stories of Thauer and Du Pré. They were both born in 1945, studied in Paris at the same time, and their careers ended in the same month – October 1973, with Thauer’s death and Du Pré’s multiple sclerosis diagnosis. These coincidences have led to speculation of a rivalry and a theory that Thauer was crowded out of the male-dominated 60s classical music scene by Du Pré’s fame. Not so, says Elizabeth Wilson, Du Pré’s biographer and friend: “There are various reasons why they didn’t enjoy the same opportunities. One is that Du Pré started her career in London – the music centre of the world then. The other thing we have to remember is that Du Pré’s career was based in Great Britain, but also she was very well-known in America.”

Thauer wasn’t well-known in the US – she never played there – but it is curious that she has languished in obscurity while each anniversary profile of Jacqueline du Pré tips more gasoline on to her already explosive myth.

With so little information about Thauer out there I, too, found myself searching for clues to her personality in her playing. I didn’t hear introspection, or any kind of macabre foresight of her own fate. Her Dvořák is wonderfully rowdy, and all better for it. Recorded when she was 23, it’s an eruption of youthful energy, joy and promise that brilliantly captures the high passions and anxieties of a moment in time – the late-60s. Her story isn’t about greatness; it’s about “greatness not being released”, as Potter says, and that’s the most devastating story of all.