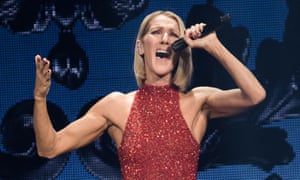 In the case heard by the California labour commission, David Gurley ruled against Dion, who must continue paying Rob Prinz for a contract that lasts until 2026.

Prinz receives between 1.5% and 3% commission on concerts Dion performs on tour or in her ongoing Las Vegas residency, which stand to earn him up to $13m. The rate had been agreed in a prior arrangement with Dion’s late husband Réne Angélil, and carried over by subsequent manager Aldo Giampaolo.

An audit by Deloitte & Touche described Prinz’s commissions as “exorbitant” and “very high”. After Giampaolo was fired, Prinz was also fired by Dion’s new management when he refused to reduce his rate. Dion argued that Prinz was being overpaid, and took the case to court.

In a statement to Billboard, Dion said: “Because [Angélil] wasn’t here to stand up for me at the hearing, I feel like Mr Prinz and [agency] ICM took advantage with their demands for money … I feel betrayed.”

She added: “I’m not saying that Mr Prinz did not do anything, but he’s taking much more credit for my career than he deserves. Mr Prinz had never asked to be paid for 10 years for a few months’ work, and I never agreed to it.”

ICM lawyer Rick Levy hailed the court’s decision: “This ruling leaves no doubt that Rob Prinz and ICM not only had a legally enforceable agreement to commission Ms Dion’s AEG deal, but that, throughout her brilliant career, Rob represented her in an exemplary manner, culminating in an unprecedented touring and residency contract.”

Gurley had described some of Dion’s testimony during the trial as “not credible”. She plans to appeal in the California superior court system, and have the case assessed by a jury.