Arlo Parks on her superpowered empathy: ‘It’s hard, but it’s opened my heart’ 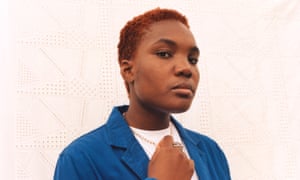 Arlo Parks: ‘When you approach the world with vulnerability and openness, people return that energy.’
Photograph: Alex Kurunis

Does anyone really want to be the voice of a generation? It’s a question that 20-year-old Arlo Parks is grappling with. The singer, songwriter and poet has been called a “cinematic storyteller”, the “euphonious voice” of Generation Z. “I don’t like that idea,” she says. “I’m just saying what I’m saying and I happen to be 20. Maybe people my age gravitate towards my songs because they can relate to them, but I’m definitely not speaking for anyone.”

There is some credence to the claims, though: her 2019 debut EP was entitled Super Sad Generation. It contained the song Sophie, a blend of nu-jazz and indie pop, which lamented the rising mental health crisis among Generation Z with the lyric: “I’m just a kid, I suffocate and slip, I hate that we’re all sick.” This year’s tender, devastating singles Black Dog and Hurt continued the theme.

Like fellow newcomers Beabadoobee and Benee, Parks’ songs invite you into the spiky realities of her life, but unlike them, she opts for music that sits somewhere between Jorja and Elliott Smith. “That sense of rawness is what people are gravitating to,” she explains, adding that her influences come from all over the place. “I group songs with how they make me feel. On the way here I was listening to [Aphex Twin’s] Windowlicker, then I wanted to listen to Strung Out Again by Elliott Smith, and then it was a random jazz thing.”

When I meet her on the south bank in London, before the second lockdown, Parks effuses about Frank Ocean and Sufjan Stevens as well as her first love: literature. She’s reading Joan Didion and has just finished Nabokov’s Pale Fire; her forthcoming album, Collapsed in Sunbeams, takes its name from a line in Zadie Smith’s novel On Beauty. 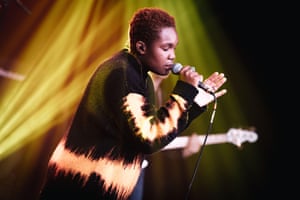 ‘My attention span was quite short and I just wanted to use a lot of beautiful words.’ Photograph: Thomas Jackson/Alamy Stock Photo

As a shy, but happy, child growing up in Hammersmith, west London, Parks discovered poetry after a teacher gave her Sylvia Plath’s Ariel, and she remembers reading Allen Ginsberg’s Howl for the first time. “I realised that what I loved was descriptive writing rather than something with a plot,” she says. “My attention span was quite short and I just wanted to use a lot of beautiful words. When I read a poem like Howl, or Lady Lazarus by Sylvia Plath, I felt myself being moved – I wanted to do that for other people.” She started making music in her mid-teens when she picked up a guitar and taught herself how to make beats on GarageBand.

But she says she “did want to tell a story, a concise one”, and as such, unlike most pop lyricists, she’s not keen on using metaphor, even when singing of mental illness and suicide. On Black Dog, she coaxes a friend out of despair, suggesting everything from licking the grief from her friend’s lips to a trip to the corner shop to buy fruit. “I would do anything to get you out your room,” she sings. “It’s so cruel what your mind can do for no reason.”

One fan said the song helped save their marriage, and as a self-proclaimed empath – someone who can acutely sense other people’s feelings – Parks takes her listeners’ struggles to heart. “Sometimes I am just drowning. Even if somebody just sends me a message about my song, I take on that weight. I find it so hard to separate myself … it means that I give too much. But it’s a gut thing: if someone is going through something tough, I just need to be there for them.”

She calls this her superpower, even if it does leave her spent. “Sometimes I’m just giving, and giving to people who aren’t always deserving. But I’ve learned to listen and approach people without judgment. I’ve had so many conversations with so many different kinds of people – it’s opened my heart, which is useful when I’m writing songs.”

This skill was something she adopted from her parents, whom she describes as “extroverted, warm people”. Her father is from Nigeria, while her mother was born in France. Growing up, she says, “we were always encouraged to talk about our feelings. That sense of transparency, that sense of unconditional acceptance, was instilled in me very young. I feel grateful because not everyone has that. There was nothing that was seen as too small or shameful to discuss.”

That openness is manifested in her music. Parks says she always understood her bisexuality to be part of herself. Her song Eugene is about falling in love with a straight best friend, but explores the confusion and jealousy of the situation without shame or self-castigation.

When it does all get too much, meditating and writing a journal help Parks to process things, as does her team, filled “with women and people from different backgrounds, as that’s what makes me feel held”. The journals also remind her why she writes songs. “I found one from when I was 13 and it said: ‘I want to make music because I want to help people’,” she says. “When you approach the world with such vulnerability and openness, people return that energy. It’s draining, but it fills me with a purpose. I wouldn’t trade it for anything.”