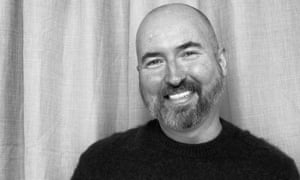 Though there were four debuts on the Booker shortlist, it’s been more than a decade since a debut won. And with two magisterial novels from established writers in Maaza Mengiste’s The Shadow King and Tsitsi Dangarembga’s This Mournable Body on the list, first-timer Douglas Stuart’s success may come as a surprise. But it will be an immensely popular one, for readers have already taken Shuggie Bain to heart: it was the bestselling novel on this year’s shortlist, and the favourite to win.

Stuart’s tale of a Glaswegian childhood in the 1980s, blighted by parental addiction and the deprivation of Thatcher’s Britain, is a bolt from the blue: extraordinarily immersive, heartbreaking but never mawkish, a clear-eyed story of love and resilience in the most difficult of circumstances.

Agnes is a spirited, shining firecracker of a woman who keeps up appearances and always wants more, in a community surviving on less and less. She adores and is adored by her young son Shuggie: and as the years go by and Agnes is destroyed by alcoholism, her spirit crushed by abusive men, that love between them never wavers.

Her husband deserts her; Shuggie’s older siblings escape when they can; and he is the only one left to save her – except of course, she can’t be saved. The reader becomes as desperate for Agnes’s happiness as little Shuggie is, and is hopeful for a time when she finds a steady, supportive man; who eventually asks if she won’t have just the one drink, to be normal.

Shuggie Bain is an accomplished work of fiction, but it also carries the charge of raw truth. Stuart is writing out of his own experiences; his own mother died of alcoholism when he was 16. He had always felt like an “imposter” for being drawn to the world of literature – back when he was a teenager, “studying English was middle-class; even the word ‘English’ was jarring and dangerous in the East End of Glasgow”. At a time when publishing is eager for diverse voices, Shuggie Bain fits the bill.

As well as an intimate family psychodrama, this is a big social novel, painting a panoramic picture of a society where jobs and meaning have been stripped away, and people are freefalling into addiction and despair. But Shuggie’s precocious idiosyncrasies bring warmth and humour, as the novel explores what it’s like to grow up gay in a time and place that is thunderously aggressive to the very idea.

Stuart may be a debut novelist, but this book has been a decade – and a life – in the writing, and his stories in the New Yorker demonstrate that he is no one-note author. This is a voice of compassion, precision and breadth that has arrived fully formed.

more on this story

More more on this story