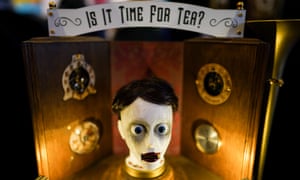 Is your brain a computer? Is mine? Is Boris Johnson’s? And if so, where is the tech support hotline? Brains were once conceived of as marvellous clockwork, pneumatic or hydraulic devices, but for the last 70 years we have been encouraged to think of our wetware as our own modern technology. But the brain doesn’t contain any digital switches and was not designed for the convenience or edification of any external user. The idea that it is a computer is just the latest in a series of metaphors, and one that is looking increasingly threadbare.

So runs the argument of the zoologist Matthew Cobb’s rich and fascinating book, which divides neatly into two parts, or hemispheres. The first is a cultural and scientific history of how previous ages thought of the brain. It was a collection of cavities through which animal spirits flowed; then it became a machine, which was a breakthrough idea: perhaps you could investigate it as you might any machine, by breaking it down into its constituent parts and seeing what they do. This suggestion had to be invented, being first put forward in the mid-17th century by the Danish anatomist (and bishop) Nicolaus Steno.

A century later, electricity was the fashionable thing, so natural philosophers began to theorise that perhaps the animal spirits sloshing around in the brain were in fact a kind of “electric fluid”. Perhaps, suggested one, the brain was very like a “galvanic battery”. By the mid-19th century, nerves were inevitably compared to telegraph wires and the brain to a completely electrical system.

Around the same time, the craze for phrenology produced detailed maps of how mental functions were localised in certain parts of the brain, which were incorrect, although the principle of (partial) localisation of brain function remains valid. Evolutionary theory meanwhile threw a spanner into the works by highlighting our utter ignorance of how a messily evolved lump of grey blancmange can give rise to subjective experience, thought, and On the Origin of Species itself.

It can’t be emphasised enough how complete our ignorance still is on this point, as Cobb reminds us. We understand many more things today about the brain’s neurons and how they operate together, but we still lack the faintest beginning of a clue as to why and how they produce your awareness that you are reading this sentence. Why should they? Why aren’t we all just unconscious robots? Cobb does pay attention throughout to the writings of modern philosophers on this topic, though he can at times seem to be conflating two very different views: the mainstream idea that conscious states are caused only by brain states (somehow), and the much more radical idea that conscious states literally are just brain states: that the two things are identical. The latter view, usually called eliminative materialism, has the virtue of magicking away the alleged problem of consciousness entirely, though at some cost in plausibility.

Leading the reader on through the history of cybernetics and early computers, Cobb arrives at the beginning of modern neuroscience in the 1950s. The rest of the book is a colourful history of that research, which celebrates extraordinary advances such as brain imaging, the understanding of neurotransmitters, and optogenetics (the ability to activate neurons with light), while consistently pointing out the huge limitations that remain in our current understanding.

Why your brain is not a computer

What will be the next grand metaphor about the brain? Impossible to say, because we need to wait for the next world-changing technology. But in the mean time, Cobb suggests, the computer metaphor might be doing more harm than good. After all, he notes rightly: “Metaphors shape our ideas in ways that are not always helpful.”

Indeed, next time you are tempted to say that you are in two minds about some question, remember the experiments he describes here with subjects who had the link between their brain hemispheres severed (to address acute epilepsy): such people, it seemed, now had two entirely independent minds in one head, each perceiving and knowing things the other did not. It’s impossible to imagine what that is like. But the response of the psychologist William Estes to the research is still wonderfully apt: “Great, now we have two things we don’t understand.”

• The Idea of the Brain by Matthew Cobb is published by Profile (£30). To order a copy go to guardianbookshop.com. Delivery charges may apply.