‘They were not born evil’: inside a troubling film on why people kill 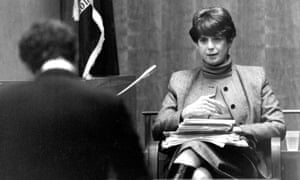 Dr Dorothy Otnow Lewis knows her way around a dicey interview. Lewis, a clinical psychiatrist, has interviewed, by her count, over a hundred murderers, death row inmates and some of America’s most notorious serial killers, including Arthur Shawcross and Ted Bundy. She has testified at numerous death sentence hearings for inveterate, indisputable killers – almost always on behalf of the defense’s plea of insanity, leading to New Yorker profiles and at times derision.

As outlined in Crazy, Not Insane, an HBO documentary from the impossibly busy Alex Gibney (Totally Under Control, Agents of Chaos, both from earlier this year) Lewis has plumbed an abyss few would dare or consider to approach. She seeks neither condemnation nor vengeance, but information: an empirical sketch of the darkest capacities of the human psyche, the bounds of empathy for the sickest minds.

‘They refused to act’: inside a chilling documentary on Trump’s bungled Covid-19 response

Lewis, now in her 80s, is petite, sprightly and measured; on camera, she pores over old records with an unmitigated curiosity and residual anxiety over potential missed diagnoses from years before in a career credited with upending understandings of criminality in America, and in particular illustrating the confluence of factors – a “recipe for violence”, as she puts it – that make a killer. The film couples the evolution of Lewis’s research with her philosophical conclusions from years of examining murderous individuals: first and foremost, a belief against inherent evil. “You realize that when you are talking with these people who have done some really extraordinarily violent acts, that there’s an environment that created that,” she told the Guardian. “These people were not born dangerous. They were not born evil.

“You get a combination of factors, environmental and intrinsic, that create a very violent person,” Lewis said. “I don’t think anyone is born evil. Or else, maybe you’d say we all are born with a capacity for evil, and you handle it differently.”

Evil, as she pointed out in a contentious 2002 interview with Bill O’Reilly embedded in the film, is a religious concept, not a medical or scientific one. Crazy, Not Insane traces a career intent on defining, testing and identifying biological and psychological manifestations of said concept beyond spiritual determinism, and a philosophical evolution from fixation, as a Jewish child in 1940s New York, on the “what made the Nazis tick”, to a long-held conviction against inherent violence.

Along with longtime collaborator Dr Jonathan Pincus, a neurologist, Lewis, a psychiatrist at Bellevue hospital in New York and professor at Yale University’s Child Study Center, identified three common factors in the most violent offenders: predisposition to mental illness, especially psychosis; abnormal brain dysfunction, particularly to the temporal or frontal lobes which govern emotional regulation and impulse control; and almost invariably, horrific childhood abuse, often buried beyond the reaches of memory and absorbed by some manifestation of dissociative identity disorder (DID), formerly and most commonly known as multiple personality disorder.

When Lewis first invoked dissociative identity disorder as an insanity defense in the 1980s, particularly in the widely covered trial of Arthur Shawcross, who terrorized the Rochester, New York, area in the late 1980s (and had a cyst pressing on his temporal lobe, as well as scarring on his frontal lobes probably from both abuse and accidents), Lewis was widely dismissed. Dissociative identity disorder is now listed in the DSM (the American Psychiatric Association’s Diagnostic and Statistical Manual), though some psychiatrists have dismissed Lewis’s diagnoses as coaxed impressions of separate personalities out of interviewees.

Lewis, in both the film and over the phone, counters that her diagnoses are frequently backed by evidence of segmented identities in past records – old letters, diaries, schoolwork and even artwork can exhibit markedly different handwriting, signatures, vocabulary and patterns of spelling between personas. She often discovers evidence for childhood abuse outside the inmate’s memory: through bodily scars, interviews with family members, or in parental medical records.

Crazy, Not Insane is as much a personal study of one’s capacity to apply clinical care to the starkest questions of individual evil as it is investigation of what makes a killer. Dr Lewis is psychiatrist, inveterately curious researcher, archivist of dissociative identity disorder; she’s a mother to two children, widow of her beloved husband Mel, curator of her memoir. Asked how she compartmentalized the grisly knowledge of her work from her home life, Lewis answered “it should be obvious by now that I don’t detach. There are certain really grotesque things that you discover,” such as horrific and chilling scars from past physical abuse, but “this is the kind of inquiry you have to be willing to do if you want to see these kinds of patients. If not, stay in a private office, and you won’t have to endure these kinds of things.” 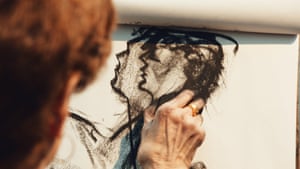 What allows her to endure, then? To have a capacity to face a black hole of darkness, to pursue philosophical pretzels of guilt, complicity and the limits of empathy? “I don’t know … I’ve only been me,” she answered. “But I do think that I go into an examination of a death row inmate, say, or a serial killer, with the same open mind that I have if a person comes to my private office.”

That open mind extended to Bundy, the paradigmatic American serial killer, a deeply manipulative man who propagated an image of a “normal” and suave charmer. Lewis, by contrast, uncovered through family interviews that Bundy’s story of an unremarkable, idyllic childhood was anything but; his first three years were marked by instability and likely abuse at the hands of his volatile grandfather, who pretended to be his father. Even more provocatively, Lewis admits that she misdiagnosed Bundy during his lifetime; in the film’s final third, Lewis argues that Bundy also exhibited some level of dissociative identity disorder, based on letters provided by Bundy’s wife that show alternate personas and multiple signatures – including “Sam”, the name of his grandfather.

Over the course of the film, Lewis implicitly argues for imagining what could be learned if society addressed homicide as a clinical condition; a similar invitation for imagining a world oriented less on vengeance, more on human capacity, animates the prison abolition movement that bloomed into mainstream recognition this summer along with protests for racial justice and a national reckoning (for some) on America’s criminal justice system. Yet most discussions of prison abolition posed: what to do with the Ted Bundys of the world? Lewis argues throughout Crazy, Not Insane against capital punishment; Bundy could’ve provided invaluable insight into the minds of the most inveterate killers, she argues. But she does not advocate for commutation of sentences or the removal of lock-up for those with homicidal tendencies or track records. “Right now, I don’t think we really know how to cure a lot of these things – until we know how to do that, you have to protect society,” she said. “It’s ridiculous to say, ‘oh, I feel so sorry for so and so because of what happened to him, so let’s let him go,” she added. “That is both crazy and insane.” 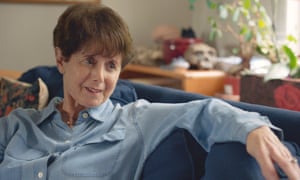 For all the pop cultural ties of Lewis’s work – a loose comparison to Clarice Starling, the enduring and often queasy fascination with Bundy (see: Netflix’s Zac Efron-starring Extremely Wicked, Shockingly Evil and Vile), the proliferation of true crime as an often overwrought and under-baked genre – Lewis has little interest in fictional depictions of serial killers. Nor was she keen to discuss true crime – “I’m not acquainted with that genre except as it applies to each person whom I’ve seen,” she said. “I can’t comment on people who are fascinated by it.”

Lewis did, however, redirect attention on another “current atrocity” that is “even more ‘fascinating’, if you like, which is the separation of young children from their parents at the border” – the type of childhood trauma she has long studied as a key ingredient to violence replicated down the line. “This is torture. Anyone who cannot recognize that has really had a very ungiving, very unloving upbringing,” she said, calling the separation of families under the Trump administration’s zero-tolerance policy “unforgivable” as a directive.

“Here these people – I don’t know if you can say these men, because it was a woman [the secretary of homeland security, Kirstjen Nielsen] who signed off on [the policy] – but these men all raised their hands and said yeah, go ahead, do it,’” she said. “And you just wonder: what on earth possessed them to do that?”