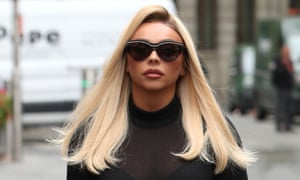 British band Little Mix have announced that Jesy Nelson is taking “extended time off” from the band “for private medical reasons”. The group have asked for privacy and said it will not issue any further statements at this time.

Nelson, 29, has missed three recent televised appearances with the group, on BBC Children in Need, the final of the group’s TV talent show The Search and the MTV European Music awards, which they hosted. At the time a spokesperson said she was unwell.

Fans of the band noticed that Nelson had been unusually quiet on social media and hadn’t posted on Instagram since 31 October. One received a signed CD that only featured the signatures of Nelson’s bandmates Perrie Edwards, Jade Thirlwall and Leigh-Anne Pinnock.

In 2019, Nelson fronted the BBC documentary Odd One Out in which she spoke about her experiences of depression, disordered eating and a suicide attempt after receiving abuse about her appearance and bullying in the tabloids and on social media.

She told the Guardian that therapy, a strong community and withdrawing from Twitter allowed her to distance herself from her public image and slowly start “to feel normal again”.

The group’s sixth studio album, Confetti, recently charted at No 2 behind Kylie Minogue’s Disco, which made the Australian star the first woman to top the UK album charts across five consecutive decades.