Matt Dillon’s still ready to rumble: ‘I have never lived a sheltered life’ 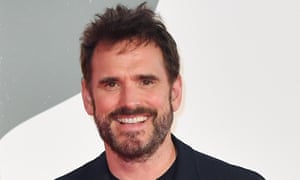 ‘I wasn’t in class, you could say that’ … Dillon got his big break at the age of 14 while bunking off school.
Photograph: Stephane Cardinale/Corbis/Getty Images

In his time, Matt Dillon has been about as quintessentially American a screen presence as you can imagine. From his early blazing-youth roles in Francis Ford Coppola’s The Outsiders and Rumble Fish; through more mature parts like the leader of an addict “family”in Gus van Sant’s Drugstore Cowboy; to a whole later catalogue of cops and lowlifes, Dillon has exemplified a hard-bitten homegrown working-class cool that you wouldn’t immediately picture outside the boundaries of American film.

But of late, he has explored some challenging byways of international art cinema. He played an astronaut in French director Alice Winocour’s Proxima; he was austerely chilling as a serial killer in Lars von Trier’s The House That Jack Built; and he is currently working with the celebrated Iranian photographer and film-maker Shirin Neshat.

Then there’s the altogether enigmatic Nimic – an elliptical 12-minute vignette by Yorgos Lanthimos, the irreducibly outre Greek auteur behind The Favourite and Dogtooth. Not the strangest thing about it is the title: in Nimic (with an “n”), Dillon plays a cellist who has a life-changing encounter with a female mimic (with an “m”).

On FaceTime from Albuquerque, Dillon gives a broad grin. “European films tend to be a little more open to interpretation – this falls on the speculative side of things. What is it about?” He laughs. “I remember saying to Yorgos, ‘I know what you’re doing.’ And he said …” – he gives a cagey sideways look – “… ‘Really?’ And he did not budge. He stuck to his guns.”

Dillon sees Nimic as “a poem, in a way. I think there’s a lot to do with identity.” It was shot in Mexico City, giving a distinctive flavour to a fictional city that’s never identified. “It’s a very old-world city in the new world.” And there was something uncanny in the air, in keeping with the film’s stalkerish theme. “I actually had this feeling that I was being followed throughout – if you’ve ever been followed, it’s a very strange feeling.”

As someone who become a screen idol in his teens, Dillon probably has more experience of being followed than most of us. In the 80s, he was as much like a rock star as any movie actor of his generation, adorning countless bedroom walls following roles in Coppola’s SE Hinton adaptations The Outsiders and Rumble Fish. Today, Dillon – voluble and friendly, with a deep-baked, gravelly voice – is 56, craggier and heavier, with a salt-and-pepper beard, but you can still recognise that kid with the poster-friendly broody brow. 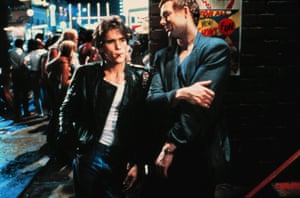 He made his debut aged 14 as a teenage rebel in Jonathan Kaplan’s 1979 film Over the Edge; the story goes that he was discovered by a casting agent while bunking off school in New York’s Mamaroneck, Westchester County. “I wasn’t in class, you could say that. I think why I ended up doing that movie was because I connected so much with the character. I recognised this kid, he was a juvenile delinquent – he was in a much worse place than I was, probably.”

Since the 80s, Dillon’s career has had its highs and lows, but the highs have been pretty notable, including the Farrelly Brothers’ There’s Something About Mary and a 2005 adaptation of Charles Bukowski’s autobiographical Factotum. There was also the racist LA cop in Paul Haggis’s 2004 Crash, which won the best picture Oscar and earned Dillon a string of awards nominations. At first, Dillon was worried that people would identify him with the character; now, he connects the role with the state of America in 2020. “‘Put your hands against the wall’ is a thing of the past – now it’s like, throw ’em on the ground, choke ’em out and maybe shoot ’em. You can’t treat citizens this way, and African Americans bear the greatest brunt.”

Differently troubling was the surprisingly bleak figure he cut in The House That Jack Built – a typically confrontational exercise by von Trier, about whom Dillon is nothing but enthusiastic. “I don’t have any interest in serial killers but I wanted to have an experience, because I like this guy – I think he’s a great artist, I wanted to discover something.” 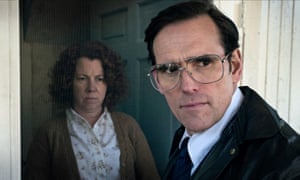 He admits to having qualms about the film, not least because of the harrowing scene in which Jack terrorises one of his victims, played by Riley Keough. “I almost didn’t do the movie because of that scene – it was hard for me to even go there in my mind. It wasn’t because of the violence, it was because of the degradation, the way he talked to her.” Even after shooting, he was reluctant to watch the finished product. “Lars was really insistent that he wanted me to watch it with him. I was like, how am I going to get out of this?” Then his co-star, the late Bruno Ganz, told him the film was the most interesting thing he’d ever seen. “Not one of the most interesting,” Dillon says with emphasis, “the most interesting thing he’d ever seen. I was like, ‘Whoah!’ So I told Lars I’d watch it.”

Now Dillon is in Albuquerque shooting Land of Dreams, directed by Neshat and her collaborator Shoja Azari, and co-written by Jean-Claude Carrière, the legendary co-author of several Luis Buñuel classics. “It’s somewhat political – it’s dream-like, but subtle.” Set in the near future, Land of Dreams is about an Iranian census worker on a mission to collect dreams; Dillon plays a security officer. “I’m driving this big old Harley Davidson, like the Marlboro Man kind of American. I’ve always thought you’ve got to be careful about the cliche stuff – but also embrace the archetype.”

Dillon has also been pursuing other things close to his heart. We first spoke in September at the San Sebastián film festival in northern Spain, where Dillon was premiering El Gran Fellove, his first documentary feature as director. It’s an exuberant portrait of the late Francisco Fellove Valdés, a Cuban jazz singer who developed his own version of the American scat style and became a TV and recording star in Mexico in the 50s. The film is built around footage that Dillon shot in 1999 when he accompanied his friend, musician Joey Altruda, to Mexico City to persuade Fellove, then 77 and largely forgotten, to record for the first time in 20 years. The singer was initially puzzled, and had no idea who Dillon was – he just called him “Mateo” – but he took up the challenge eagerly, and comes across in the 1999 footage as animated, avuncular, mischievously inventive in the studio.

The film is a vivid celebration not just of Fellove, but more generally of Latin music, which Dillon – an avid collector of 78rpm records – discovered in the early 80s, after hearing a Charlie Palmieri piano number in a New York taxi. He enthuses about the music in an erudite torrent of names and styles – Guapachá, Chano Pozo, filín, dengue – intermittently punctuated by emphatic finger snaps. He got to investigate Havana’s record shops on a 1993 visit, during a critical period for Cuba. “You could get the rice but you couldn’t get the beans, there was coffee but there wasn’t milk. It was a difficult time, but it was a very magical place.”

These days, Dillon spends an increasing amount of time in Rome with his Italian partner, actor-choreographer Roberta Mastromichele, but briefly made it back to New York last month. “This asshole …” – he’s referring to the soon-to-be former president of the US – “… said, ‘Have you seen New York? It’s a ghost town.’ That’s the kind of guy he is – he throws the biggest city in America under the bus, he wants to give it a black eye. But it’s not true – when I got back to New York, it couldn’t have been more lively.”

Before that, in September, Dillon was on the jury of the Venice film festival. The award he immediately enthuses about is the one for best young actor, which went to Iranian teenager Ruhollah Zamani in Sun Children, about Tehran street kids. It’s a role, you can’t help thinking, not so different from those he played when he started out. “I never lived a sheltered life,” Dillon says, “so when I became a famous actor, I didn’t withdraw. I was going to hang out, so I continued to hang out with the same troubled kids I was hanging out with before. I just became more worldly.”

• Nimic streams on Mubi from 27 November. El Gran Fellove and the album of Fellove’s 1999 sessions are released next year. Proxima is available on DVD, Blu-ray & Digital from 23 November.