The Tonys are finally coming! What do this year’s nominations tell us? 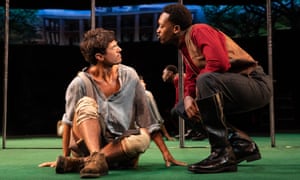 “What?” James Monroe Iglehart said. “You think we weren’t going to have the Tony awards?”

When Broadway shut down in early May only 20 productions had opened and two that had, West Side Story and Girl from the North Country, were deemed Tony ineligible as not enough nominators had had the opportunity to see them. Which left only 18 eligible shows, including only four new musicals, four play revivals, 10 new plays and not a single musical revival. And of those four musicals only one, The Lightning Thief, has an original score.

But it wouldn’t be right to skip the Tonys entirely or to fold this year’s slate in with next year’s, especially as nearly all of the plays had already closed even before New York City went into lockdown. (The Inheritance would have run for four more nights.) So the American Theater Wing decided that a ceremony would go ahead, sometime, somewhere. And on Thursday at noon, Iglehart, a winner for Aladdin, was filmed caressing his own Tony with unusual tenderness and announcing this year’s nominees. He also took entirely unnecessary breaks to recount his own theatrical history – from six years old seeing The Wiz to 2014 winner. But in an exciting departure from past years, he pronounced all the names correctly, and in a beautiful baritone.

An unusual season meant some unusual rule changes. With so few men eligible for the best actor in a musical Tony, Aaron Tveit of Moulin Rouge! The Musical was the sole nominee and he will win if at least 60% of Tony voters agree that the handsome blandness of his performance deserves it. The musical categories were allowed only three slots each, unless there was a near tie at the bottom. And blame Zeus or Poseidon or theater god Dionysus, because The Lightning Thief didn’t net a single one. Not even best original score. And remember this was the only musical that had one. Instead the nominations went to incidental music from A Christmas Carol, The Inheritance, The Rose Tattoo, Slave Play and The Sound Inside. 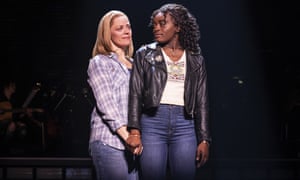 In every other musical category, the slate was filled with Moulin Rouge!, Jagged Little Pill and Tina: The Tina Turner Musical, three very difference jukebox musicals. Awards seem tricky to determine, except for Adrienne Warren, a volcano in Bob Mackie as Tina Turner and a near sure thing for best performance by an actress in a leading role in a musical. Jagged Little Pill’s Lauren Patten seems a likely nod for featured actress, though her nomination alongside two of her cast mates may split votes. And Daniel J Watts may pick up featured actor, for his abusive Ike in Tina, though Moulin Rouge’s Danny Burstein provides real competition.

Diablo Cody’s Jagged Little Pill book seems likely as it’s the most ambitious of the bunch, but also quite diffuse. Yet direction seems difficult to call and the choreography of each nominated musical defies comparison, it’s street-style apples to meticulously researched oranges to bedazzled bananas. If there is justice in the world – big if – the costume design award should go to Catherine Zuber’s lascivious Moulin Rouge! outfits and Derek McClane’s maximalist set probably deserves a statuette, too. Interestingly, with jukebox musicals the only ones nominated, orchestration is an unusually compelling and competitive category this year, with the probable nod going to Katie Kresek, Charlie Rosen, Matt Stine and Justin Levine’s delirious Moulin Rouge! megamixes, but don’t count out Tom Kitt’s rehabbed Alanis Morissette songs or Ethan Popp’s Tina remixes.

In terms of new plays, a more robust slate, Jeremy O Harris’s audacious Slave Play received the most nominations, with 12, which should – but probably won’t – spur Broadway producers to take chances on adventurous new work. The Inheritance, Matthew Lopez’s long saga of gay life during and after the peak of the Aids crisis, followed just behind with 11 nominations. The Great Society (a follow-up to the Tony-winning All the Way) and Height of the Storm were shut out entirely, while My Name Is Lucy Barton, Linda Vista and Grand Horizons netted just one or two. 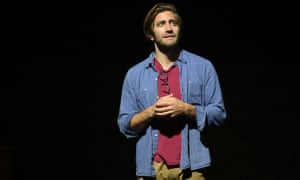 Still, Grand Horizons, Bess Wohl’s comedy about a marriage breakup in a retirement community, snuck in a nomination for best play, alongside The Inheritance, Sea Wall/A Life, Slave Play and The Sound Inside. In terms of revivals, a garbled Rose Tattoo failed to make the cut, leaving Betrayal, Frankie and Johnny in the Clair de Lune and A Soldier’s Play as nominees. Direction, an all-male slate, looks to be closely contested, with the British-American fight among David Cromer (The Sound Inside), Stephen Daldry (The Inheritance), Kenny Leon (A Soldier’s Play), Jamie Lloyd (Betrayal) and Robert O’Hara (Slave Play).

Best performance by an actor in a play is unusually starry, even in this truncated year with Tom Hiddleston (Betrayal), Blair Underwood (A Soldier’s Play) and Sea Wall/A Life’s Jake Gyllenhaal and Tom Sturridge among the six nominees. Relative newcomer Joaquina Kalukango (Slave Play) joins Laura Linney (My Name is Lucy Barton), Audra McDonald (Frankie and Johnny in the Clair de Lune) and Mary-Louise Parker (The Sound Inside) for best performance by an actress in a leading role.

“Broadway will be back,” Iglehart said in closing. He didn’t specify when or where or how because not even a man who played the genie has that wished-for information. But we will now have a ceremony. Eventually.