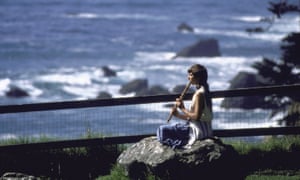 A few years ago the eminent American philosopher Thomas Nagel put quite a few celebrity scientist noses out of joint by publishing a book, entitled Mind and Cosmos, in which he expressed doubt that ordinary evolutionary theory could explain the emergence of consciousness from the dead matter of the universe. Perhaps there are as-yet-undiscovered laws of nature, he suggested, that guide the unfolding dance of subatomic particles so that, eventually, consciousness must arise. So the universe wakes up and comes to know itself.

The psychologist Steven Pinker quickly denounced Nagel’s “shoddy reasoning”, but given the absence of any scientific explanation for how your own subjective experience is produced by the interaction of neurons inside your skull, it is a respectable question, and a very old one. One equally old answer is panpsychism, the view that mind or consciousness is not a special possession of the higher mammals but exists to a degree in all matter, everywhere: it’s mind all the way down.

This sounds fantastical, but so is the interpretation of experiments in quantum physics according to which electrons or photons somehow “decide” what to do based on what the experimenter is looking for. And indeed some of the leading fundamental physicists of the 20th century took a more or less panpsychist view, including Max Planck and Erwin Schrödinger. Wolfgang Pauli, meanwhile, was notorious for the “Pauli effect”, whereby laboratory equipment malfunctioned in his presence, and he adopted a mystical view of the absolute oneness of the universe and all the beings in it. 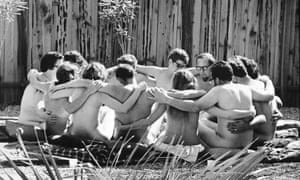 In the language of this intriguing little book by Jeffrey Kripal, Pauli experienced “the Flip”. Kripal is a professor of philosophy and religion, and also a trustee of the Esalen Institute, the retreat in Big Sur, California, that was a hotbed of the 1960s mystical counterculture. “The Flip” is his term for the moment – through mystical or near-death experience, or the ingestion of some very good hallucinogens – when one decides that not only is all matter imbued with mind, but the idea that we are individual people is just an illusion: the entire universe itself comprises a single vast mind, through which our own apparently private consciousnesses are tiny cross-sections.

This idea, too, has a long history, being essentially the view of the 17th-century philosopher Baruch Spinoza. But how seriously should we take it? Nothing in science rules it out, Kripal argues, and indeed Einstein’s “block universe” model of space-time, according to which the past and future are just as real as the present, can be taken to imply it. Just as interesting is what would follow about human society if everyone came to believe in the idea. As Kripal points out, racism, nationalism, prejudice, and arguments over identity or faith would be plainly absurd. “Herein lies the potential politics of the flip,” he writes. “We are not our thoughts. We are not even our beliefs. We are first and foremost conscious and cosmic, which is to say we are human.”

Kripal’s book is a warmly vivid account of various science-minded people who have experienced the “Flip”, and he has some well-informed discussions of quantum weirdness and panpsychism in modern philosophy. One drawback of his approach, though, might be its assumption that all reported mystical or paranormal experience is veridical. It can seem that anything goes: not only the oneness of all being, but also reincarnation, poltergeists, the brain as a “radio” picking up signals from elsewhere, and what one Flipper, perhaps more frazzled than most, describes as the realisation that humans are “five-dimensional beings” with “spectral superpowers”. Still, only the irrationally dogmatic would deny the near certainty that there are more things in heaven and earth than are currently dreamt of. 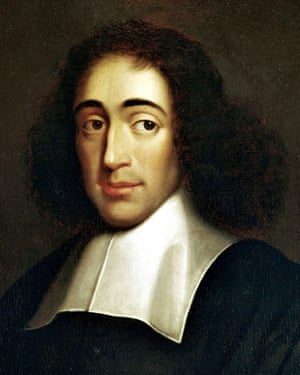 The Flip is also a polemical defence of the importance of the humanities in an era when it is blithely assumed that every important problem can be solved with the scientific method, and when we are encouraged to picture ourselves, as Kripal puts the view wittily, as “basically walking corpses with computers on top – in effect, technological zombies, moist robots, meat puppets”. If consciousness, though, is a fundamental property of the universe, and if the humanities, as he suggests, can be redescribed as “the study of consciousness coded in culture”, then they are just as valid a method for investigating deep truths as the hard sciences. Kripal is passionate and often funny here, offering along the way a rousing portrayal of those “fierce thinkers” Foucault and Derrida, which concludes persuasively that “deconstruction is justice”.

It might, to be sure, seem like poor timing to encourage us all to embrace our oneness with nature during one of the regular periods when nature is trying to kill as many of us as possible, and to insist on the primacy or at least equal importance of the humanities when what we really need right now is the work of crack virologists. But the present emergency will not last for ever, and the arguments about how society might be reshaped in its wake will be arguments about politics and morality – not amenable at all, despite the fervent wishes in some quarters, to data-mining or mathematical modelling.

• The Flip is published by Penguin (RRP £8.99). To order a copy go to guardianbookshop.com. Free UK p&p on all online orders over £15.