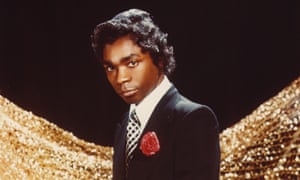 The US disco, funk and soul musician Hamilton Bohannon, who backed Motown’s greats before starting a respected solo career, has died at age 78.

No cause of death has been announced, according to the Newnan Times-Herald newspaper in the Georgia town of his birth. They reported speaking to family members.

Bohannon was born in Newnan in 1942, the son of a working-class family who ran a barbershop and cafe. He started drumming – initially on family furniture – and began playing professionally after moving to Atlanta following high school, including alongside his friend Jimi Hendrix at the city’s Royal Peacock venue.

He was hired by Stevie Wonder as his live drummer and came into the orbit of Motown Records, who later employed him as a bandleader. His group Bohannon & The Motown Sound backed numerous label stars on tour, including Marvin Gaye, the Four Tops, the Temptations, and Diana Ross and the Supremes (“I’ve never been to heaven, but I bet that’s pretty close,” Bohannon once said of the latter).

After Motown moved to Los Angeles, he stayed in the label’s first home of Detroit and started a solo career, beginning with 1973 album Stop & Go, and eventually released 19 studio albums by the end of the 1980s. He struggled to cross over in the US pop market – only one of his singles reached the Top 100 – but he became a mainstay in the disco boom of the mid-1970s onwards with tracks like Let’s Start the Dance.

He had three Top 40 hits in the UK: South African Man, Foot Stompin’ Music and Disco Stomp, the latter reaching No 6 in 1975.

He became a cult favourite among his fellow musicians, with Tom Tom Club respectfully chanting his name over and over in their hit Genius of Love; artists including Mary J Blige, Jay-Z, Justin Timberlake and Snoop Dogg have all sampled his tracks. He is seen as helping to pioneer the “four-four” beat that powered disco and later house and techno, and the octave-jumping groove of Me and the Gang became the core of Paul Johnson’s house hit Get Get Down, a UK No 5 hit in 1999.

Defected Records, one of the world’s leading house music labels, was among those paying tribute, saying: “Today we lost a legend … Hamilton Bohannon, thank you for the music.” DJ Gilles Peterson heralded his “lopsided rhythmic brilliance”.

He is survived by son Bohannon II and daughter April, born to his late wife Andrea.