‘There were no books about people like me’: Hanif Kureishi on writing The Buddha of Suburbia 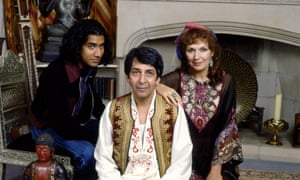 The BBC adaptation of The Buddha of Suburbia, 1993.
Photograph: BBC/courtesy Everett Collection/Alamy

All first novels are letters to one’s parents, telling them how it was for you, an account of things they didn’t understand or didn’t want to hear.

They were not published. But I did write what became the first chapter of The Buddha of Suburbia, as a short story published in the London Review of Books in 1987. I believed that was that. Then I kept thinking there was more material. If people were not writing books about people like me, I’d write one myself, spitting out all the painful things, rudely, lightly. Someone said to me, write your pleasure. I did.

Reading the first paragraph of The Buddha now, I’m surprised to notice that the hero, Karim Amir, announces his nationality three times. I guess he was insecure. Like David Bowie, he was eager to find an identity, throw it away, and start again next day with another one, brand new. 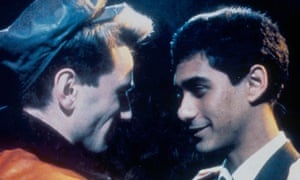 In 2015, Zadie Smith wrote a lovely introduction. She describes discovering the book at school, which she calls a first for us “new-breeds”. She says: “Irresponsibility is an essential element of comic writing.” And Karim my avatar, who likes both boys and girls in bed, is determinedly wild and rash. But Karim knows something that most people don’t: that being a person of colour isn’t at all like being white. No white person thinks of themselves as a problem for others, a question, a perplexity. No one asks them where they’re really from. White people belong in the world. It’s theirs, they own it, and they don’t even appreciate it. But they do get defensive when you point it out. Karim understands that being a person of colour means being bullied. Yet while white people might consider themselves superior, it’s more original and enjoyable being underneath, laughing up at the poverty of privilege. Karim begins to get that his disadvantage is his advantage. Then he stops caring either way. He’s free.

If anyone thanks me for writing The Buddha I am always grateful, since I’m reminded of how a few decent people, along with some good stories, once got me out of a bit of a jam, and into a more open world. As I think about my novel today, I wish I were that boy again, free on his bike. But I know he’s still in me, funny, hopeful, rarin’ to go, always up for it, going somewhere.