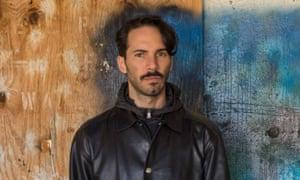 ‘Where’s the drop?” This was a complaint often howled at festivals or in YouTube comment sections during the EDM years (usually by a hench guy in a vest), when mainstream dance was all about extreme peaks and troughs. They would get annoyed if a track just simmered without delivering a thunderous pay-off, accompanied by a blast of confetti, which in turn was annoying, because for many people the simmering – the coiling tension as a track builds or is allowed to just be – is the best bit. 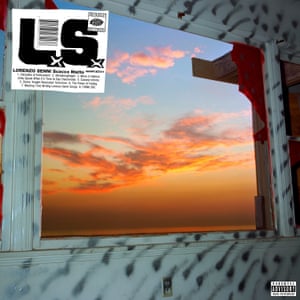 Taking this to the extreme is Lorenzo Senni, an Italian arthouse trance producer who puts the palette of rave music to experimental, yet still euphoric, ends. He came of age away from dance music in the Rimini hardcore punk scene, perhaps helping him to now ask the questions that other producers don’t: why have lulls and crescendoes? Why even have beats at all?

His 2012 debut album Quantum Jelly explored the minimalist compositional potential of trashy rave synths, which was a laudable punk provocation and also a little bit boring, with a narrow dynamic range. But with Superimpositions (2014), his music started to open up, taking our pleasure centres with it; his career can be seen as a scientific exploration into the sheer effect of electronic music, honing and intensifying it to provoke the strongest possible response.

With further tracks such as Win in the Flat World, Rave Voyeur and The Shape of Trance to Come, his method approached an almost dangerous perfection. He sustained the breakdown sections of dance tracks in perpetuity, making you cover your face with your hands because you couldn’t handle any more glorious stimulus. To be kept in this state of permanently delayed gratification induces a kind of madness; were it a Hollywood movie, this is the point where the suits funding the experiment would say from behind reinforced glass: “Shut it down. Shut it down!”

But Senni continues to ratchet up the intensity on this new album. He uses his widest range of sound yet but maintains focus by resisting, as he always has done, the inclusion of vocals or drums. This is one of the great and joyous paradoxes of his music, which is still intensely percussive – synths are planed down and combined into hard bolts of sound that have the rhythmic strength of a drum machine – but freed from the shackles of looped drum patterns. Opener Discipline of Enthusiasm is full of this toughness, but funkily hops from one foot to another, a heavyweight with the speed of a bantam.

He scales up melodically too, with some decidedly rococo tunes fluting through XBreakingEdgeX and Move in Silence (Only Speak When It’s Time to Say Checkmate). While they slightly overreach and verge on fussiness, there is still a wonderful exuberance to them. The central section, a pair of ballads, is stronger. Canone Infinito showcases a distinct Senni tone, a pealing yet distorted sound that faintly resembles an electric guitar, set against lulling background undulations: you can imagine Manuel Göttsching approving. Dance Tonight Revolution Tomorrow is exceptional, with a simpler and more realised melody plucked on an algorithmic harp, joined by other ersatz string parts including a double bass twang low in the mix. It captures that beautiful moment in the club when the beat falls away and you click out of your internal space to look around and drink in your mates’ grins.

This music, and indeed all of Senni’s work that deals with that pre-drop tension, is even more poetic when club culture has been silenced during the coronavirus crisis. We’re all waiting for the beat to come back in, and Senni’s work inadvertently hymns this sad moment while encouraging us to look for the poignancy in it.

Scacco Matto means checkmate, and Senni does indeed play his queen last. Think Big is his most ambitious and brilliant track yet, built around a big, charmingly naive melody rendered in the cleanest of analogue signals. Underneath, synths stutter in the same peppy syncopation of Chicago house pianos, before being harassed by blurts of slap bass: an incapacitating accumulation of pleasure triggers. The drop, thankfully, never comes.